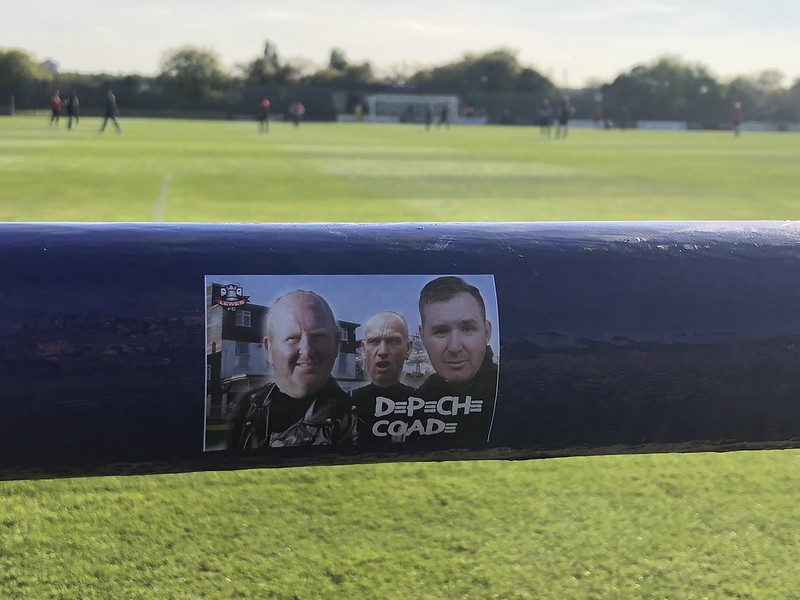 It doesn’t matter what the decision is, someone somewhere will be worse off.  It doesn’t matter if it’s a political decision, an economic decision or a referee’s decision, there will be winners and losers.  In theory there could be a decision made that benefits everyone and penalises nobody, called the Pareto Improvement, but that’s hardly like to happen – everyone could be given free entry to football if the clubs were compensated but somewhere along the line someone will have to pay, for instance by increasing the subscription fees to watch games on TV, or a decision to lower the cost of a replica shirt will impact margins somewhere and cause pain to a manufacturer or the work force employed to make it.

I’ve no idea if Nicholas Kaldor and John Hicks were football fans or even if they were thinking about the beautiful game when came up with a theory that determined for every decision that was seen as positive in some people’s eyes, there would be a group of people who would be made worse off in some way (economical or socially) but their criteria to determine whether a decision is as holistically beneficial can be applied to virtually every decision we, or any club makes.

For instance, if a football club made the decision to reduce their admission prices by £1 for Adults and Concessions, everyone benefits right?  The fans have an extra £1 in their pockets which they could potentially spend that elsewhere in the club but club will almost certainly lose out in the missed revenue.  In the case of Lewes we are pretty sure that it isn’t price that impacts our attendances rather than whether Brighton & Hove Albion located 5 miles down the road are at home, the weather, and most importantly how the team are playing.

If a team goes on a winning a club could probably increase admission back upwards and there will be no material impact on the crowd numbers, especially at a Non-League level.  Fans want to see winning football and a pricing strategy based on a margin variable strategy does not inhibit attendances.  An example from Lewes can be seen in the 2015/16 season where we averaged 413, the season before 409.  So we dropped down a division and reduced prices by £1 but we only saw a 1% increase of fans coming through the gate.  BUT if we looked at our attendances after a run of 8 wins in 10 games we are actually averaging 440, nearly 10% up on the previous season.

The obvious loser in the decision to reduce admission charges is the club.  A club’s costs have either increased or at best stayed the same.  The playing budget is still the same.   We play the same number of home league games in the season, with fixed costs per game remaining relatively constant.  If our average attendance falls, despite admission being reduced then we have a hole to fill.  Taking the facts as red and assuming we have 300 paying fans each home game, we are £300 down per game or almost £7k down on the season.  We could try and sell 152 additional cups of tea per game to make up the deficit or simply suck it up (which we’ve done).

I remember seeing one side a few years ago try to introduce a variable pricing strategy based on league position with four check points in the season.  So they set the pricing at the start of the season, then reviewed after circa 10, 20 and 30 games.  The concept was that the better the team were doing, the lower the admission was.

However, this is economically wrong.  Let me demonstrate:-

If the average admission paid per spectator at the start of the season is £10 and the average attendance is 1,000 then match day ticket revenue is £10,000.

After 10 games the club are having a shocker and fall to the bottom of the league.  The club can’t justify changing admission prices despite average attendances dropping to 900, thus match day ticket revenue is £9,000.

After 30 games they are challenging for the title and the club drops pricing down for the final home games to £8 to bring the fans in.  Attendances go up to 1,200 so match day revenue is now £9,600, which is less that they were getting when they were bottom of the league. The total season revenue for 40 games is £376,000.

Of course the more fans attend games, the more they will spend in the ground but even so, the theory above shows that it is flawed.

If instead the club would have reversed their strategy, it would have looked like this:-

Total match day revenue is £406,000 or 8% more than the strategy most clubs would employ.

According to Kaldor and Hicks, whilst the economic rationale behind a decision to lower pricing when the team was doing well was sound, it actually makes no economic sense.

The decision by the Premier League and the member clubs to cap ticket prices at £30 for away fans is another example of the Kaldor-Hicks Theorem in practice.  Whilst the decision will benefit the travelling fans, the clubs themselves will see a reduction in revenues unless they raise ticket prices for home fans.  Hopefully, the huge sums of money the clubs now receive from the new TV deal will more than compensate them – in fact they could still afford to reduce pricing comparably for home and away fans, although let’s face it, that’s hardly likely to happen is it?